The original upload to youtube I started at 11 this morning was still having issues and at 11.30pm was still showing two hours to upload. I have been researching all day how to hurry the process along and finally found a tutorial which I followed and finally it uploaded. The original video was 1.87GB and I had to compress it to 71.1MB using the handbrake software. The quality might not be as good but at least it uploaded before the day is out. I missed the 5pm deadline for the video due to technology issues but managed to send the written assignments on time. Hopefully I won’t be capped especially because I have been sitting and staring at the upload for hours on end wishing it to hurry along.

Instead of living your dreams today turned out to be a nightmare!

Here are my links for  assignment 2 PDF files: 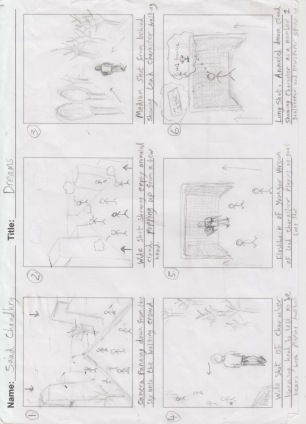 I worked on my film till 4 in the morning 20/05/16. It was almost complete but I felt it still needed one final dialogue, therefore ‘did my dreams come true?’ I needed my younger brother to record this but obviously could not do this till he woke up at 7 for school. Recorded his voice at 8 and then worked on adding this into my film. This took a couple of hours as I had to re-edit parts of the footage to add the dialogue in seamlessly. I started uploading my video on youtube at 10. It said it would take about 4 hours, plenty of time before the deadline accept my internet started playing up at about 3pm and stopped loading my video. I messaged Duncan and Harris straightaway because I knew I would have difficulty meeting the deadline. To send my written work I went to my next door elderly neighbours house to use her internet and forwarded the written assignments before 5pm. The video link will be sent as soon as it uploads. Internet started working again at 6.30 and still shows 48% uploaded and another 5 hours to go!

NEVER EVER MISSED A DEADLINE BEFORE! 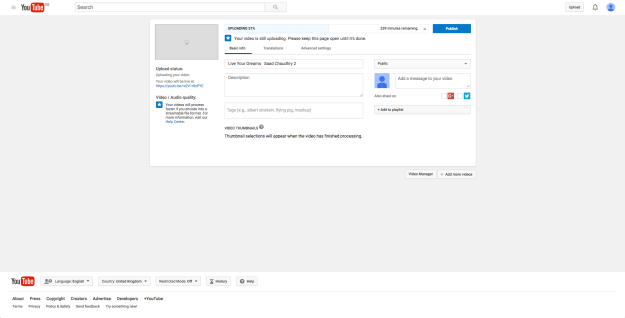 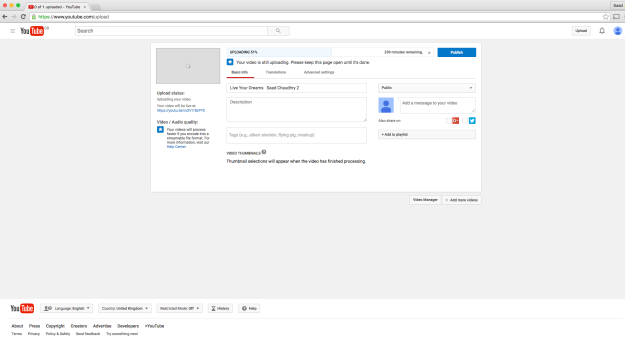 I received feedback. Duncan liked my idea but he said I should think about cutting out some of the shots. He felt it would be too long and I could easily cut out a couple of scenes.

After reviewing my original storyboard and script I decided the scene with the beggar could be deleted as this did not have any impact on the final outcome.

Continue walking and see a beggar on the street. Another flashback to my past showing me watching a programme about the lifestyles of rich people. A dream cloud appears showing different currencies and loads of money. News broadcast talks about the future and how there will be a recession for the next few years. Cloud bursts.

Flash forward to me again watching the beggar.

After reviewing the script I also agreed with the feedback. 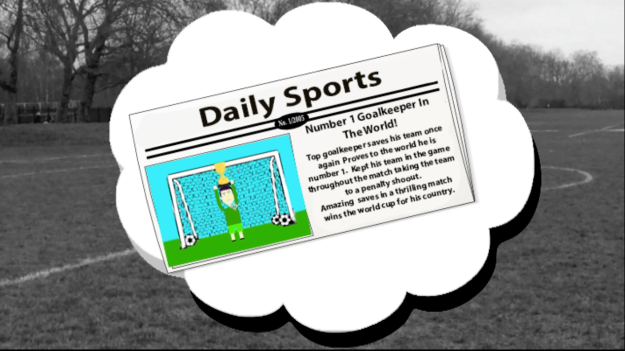 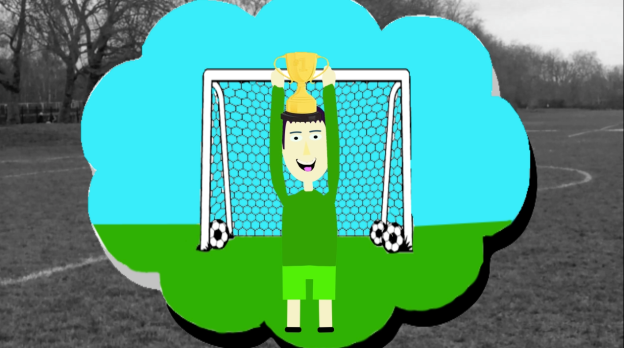 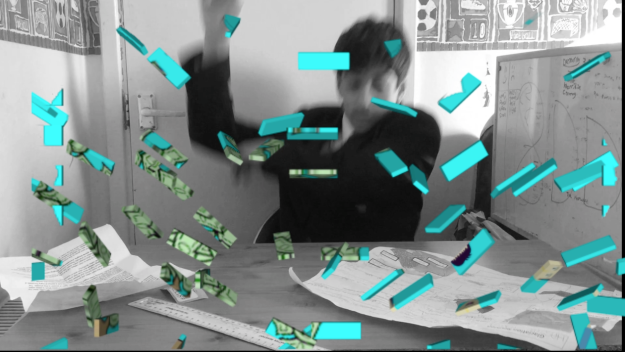 My narrative was going to use live footage, flashbacks and animations. 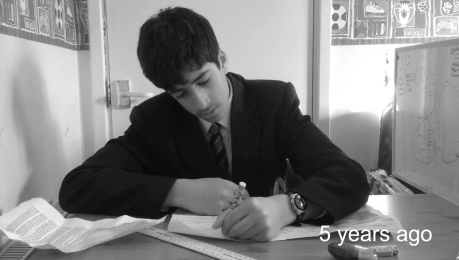 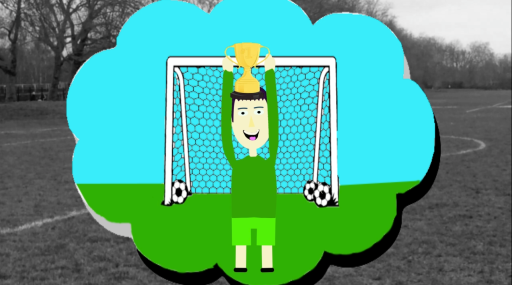 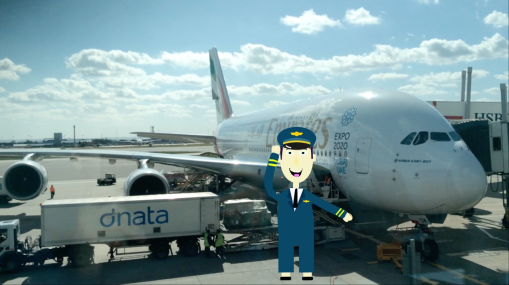 I wanted my film to be relatable to everyone and specifically a younger audience. Therefore I decided to use locations which were familiar and accessible.

In the end I chose Tooting High Street and Southwark Park. 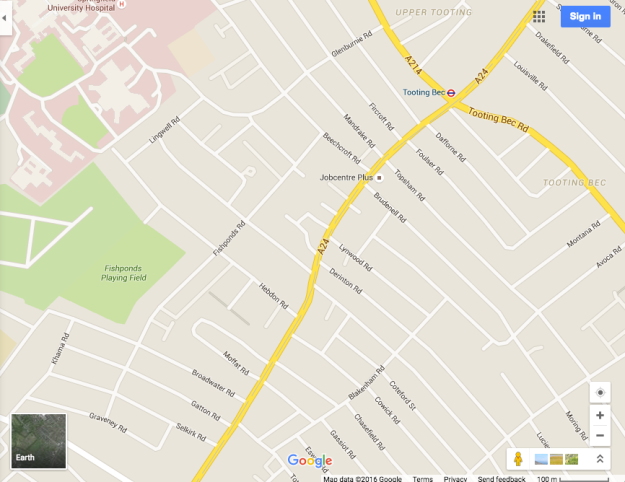 Camera pans down from the sky to a crowd of people walking.

As the people are walking empty dream clouds pop up from a few heads. There will be a narrator in the background talking about how everyone has different dreams.

Camera will then show me walking in the park. As I am walking I turn my head to see boys playing football. Narrator will say I had dreams when I was young and there will be a flashback to my childhood.

A younger version of myself (my younger brother will play me) is shown as a goalkeeper playing a match. I save a goal and a dream cloud appears and shows an animation of the dream of me being the number one goalkeeper for England. All of a sudden I let in a goal and the dream cloud bursts.

Flash forward to me again shaking my head and looking down and out.

Continue walking and see a group of schoolboys. Another flashback to me sitting in class listening to the sound of a teacher giving a boring lesson. A dream cloud appears and shows an animation of a rocket depicting me as wanting to be an astronaut. Teacher calls my name and dream cloud bursts.

Flash forward to me again walking as if all is lost and have been a failure in life.

Continue walking and see a beggar on the street. Another flashback to my past showing me watching a programme about the lifestyles of rich people. A dream cloud appears showing different currencies and loads of money. News broadcast talks about the future and how there will be a recession for the next few years. Cloud bursts.

Flash forward to me again watching the beggar.

Narrator talking ‘did any of my dreams come true?’

Scene showing me with trophies saying I might not have become England’s goalkeeper but I did ok and won trophies throughout my life.

Next showing me saying I might not have become an astronaut but I did Ok and became an airline pilot. Scene shows an aircraft.

Next showing that I might not have become a millionaire but I have been successful enough to live a good life.

Final scene shows people walking again with the narrator saying dreams don’t always come true as you wish but never give up on them and anything is possible. 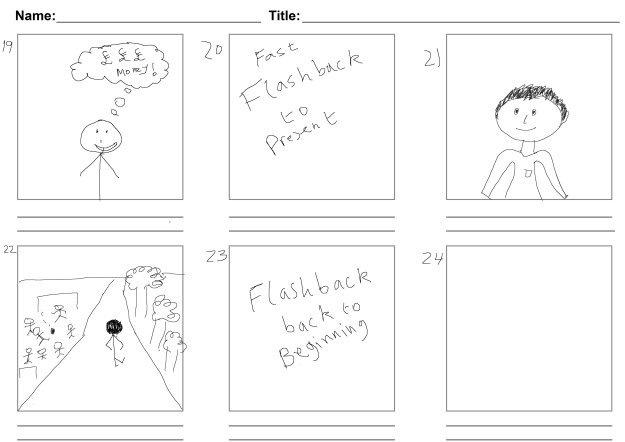 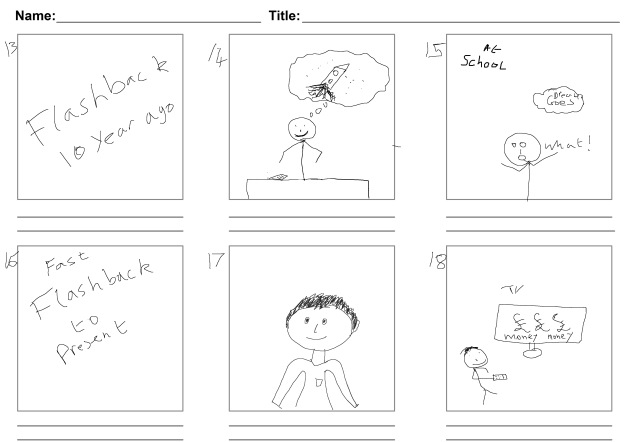 Counter Cinema-Stories are ambiguous and more complex to understand

Surrealism- a strong emphasis on anti-narrative, something unreal and either dreamlike or nightmarish. Very popular in the 1920s when film makers rejected conventional narrative forms.