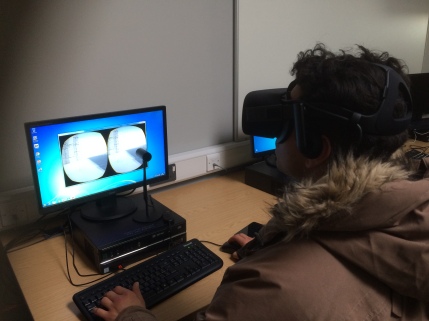 Another student testing my project with the Oculus Rift. Good news that after all the worrying it worked really well and got some very good feedback from the other students.

This is a preliminary model of my Rings of Saturn model and including this one all my models were made on one one level which meant the sky was always blue. This worked for the other models but not for Saturn. I also wanted a darker night sky to change up the visuals and be more realistic.

After a little research found by manipulating a few tools I was able to create a night sky. I need to improve on this and now I know how to do it will continue improving until I obtain the standard I am looking for.

Downloaded speedtree to help build the Amazon Forest. It provides a few templates which I will build on and adjust to get the forest I want to visualise. The advantage of speedtree is that it comes with wind effects and lighting which will be very effective for a VR experience. 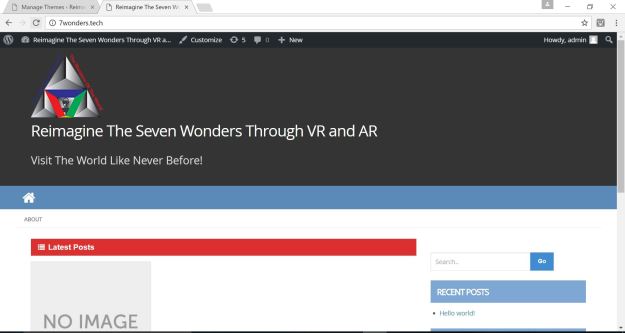 This is the beginning of my homepage. It needs a lot of work still but this is something I can work on after my models are complete. I will be adding a lot of images, video walk throughs and information about my models, there locations and destinations. 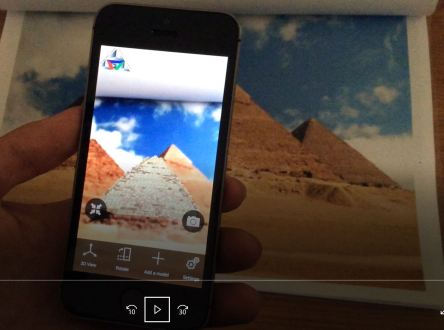 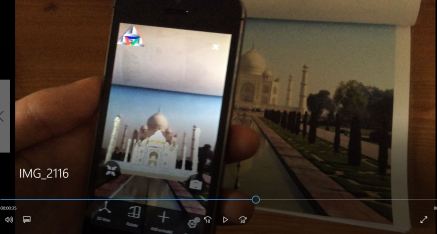 These are images of my models in augmented reality. Really happy with the results. The models do still need quite a lot of work on them but the project is coming along and quite a good pace.

Although I had decided to do a VR experience for my double project I felt I could add to this and also experiment with augmented reality. After some research found I had to use trackers to see the models in the environment I wanted. These had to be quite detailed for the phone or ipad to scan and register. I decided to use the locations as backgrounds and these worked quite well. The viewer could easily visualise the destinations once the model attached itself in augmented reality. 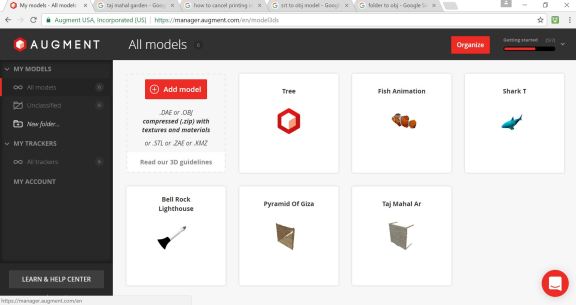 I uploaded my models using the Augment app and website. I opted for this one over others for example ‘ARmedia,’ because ‘Augment’ allowed me to use my own trackers and another advantage was I could upload my own logo and really make it my own. 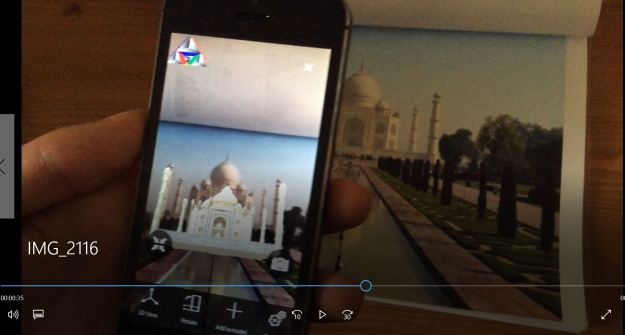 I was really pleased with the end result and it was not as complicated a process as I initially thought when I decided to include this in my double project. 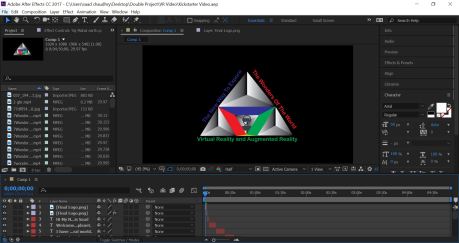 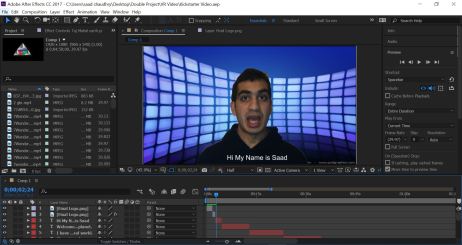 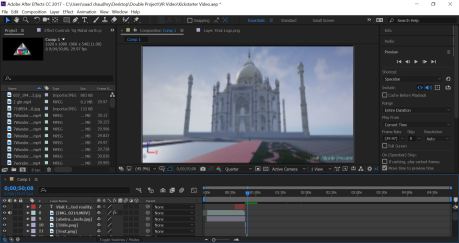 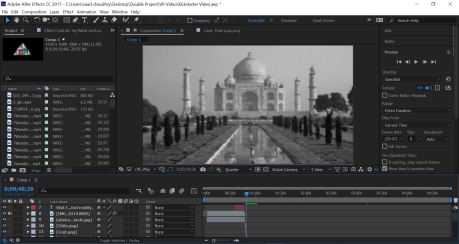 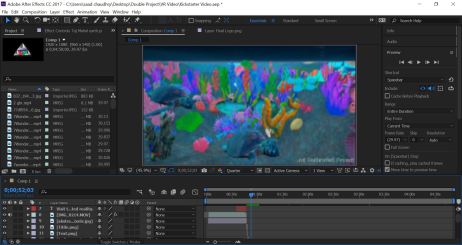 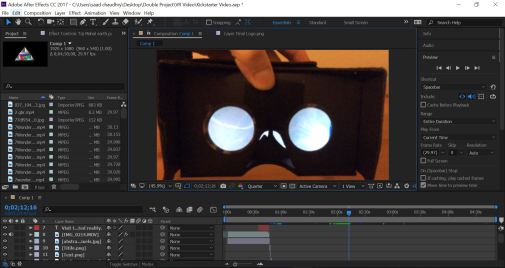 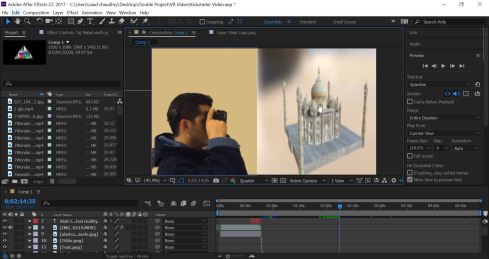 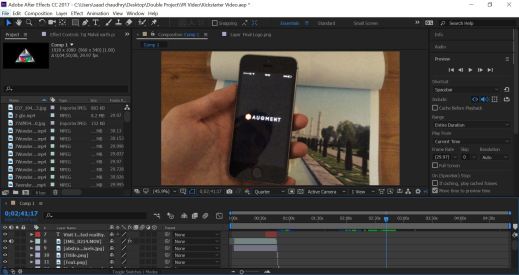 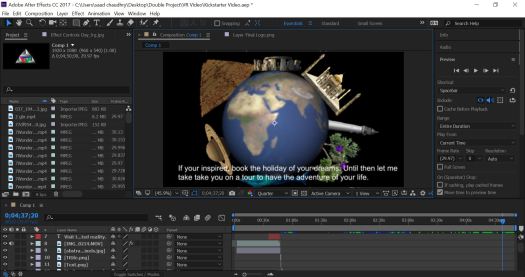 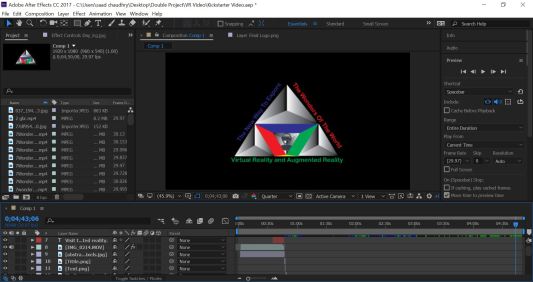 These are some of the scenes I edited in after effects and sequenced them. 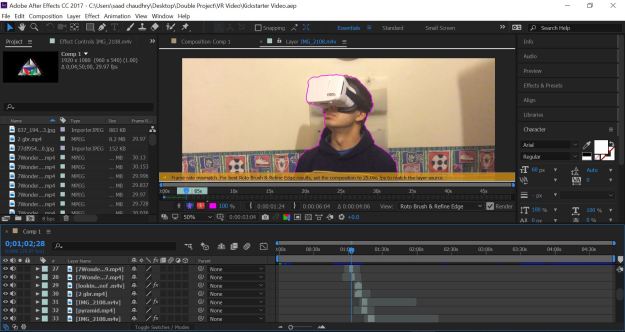 I wanted to add myself using the VR headset in the video. I wasn’t able to use the green screen room so had to find a way to eliminate the background. After some research found tutorials showing how this can be done in Adobe After Effects using the Roto brush tool. This seemed simple enough but it took a lot of trial and error to get the lines working. Every time I added the lines and moved the image in the video part of the head would disappear. It got quite frustrating but I was not about to give up. After many hours finally got it working. Throughtout making my video the image was a perfect cut out but after rendering my final video one movement of my head had a small part of it missing. I tried re doing it but time constraints and deadline approaching meant I was not able to rectify the problem. This was a learning experience and I know with more time and effort I will be able to perfect it for another time.

saadchaudhrydotme
Create a free website or blog at WordPress.com.